Geoff died suddenly on Tuesday 3 November 2015. We were colleagues and friends at Liverpool University from 1990 onwards, co-taught classes and co-edited an Applied Linguistics book. Geoff was not only an internationally famous SFL linguist but a rounded man of wide general knowledge and taste, a superb cook and host, a supportive colleague. He saw right through pomposities and pretensions. Anyone needing help: Geoff would unstintingly and unhestitatingly go the extra mile. We will all miss a dear friend. 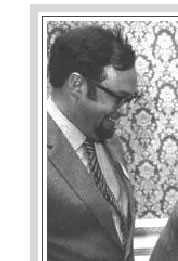 Tim died on 19 March 2009. He advised me on which computer to buy, my first ever, a Newbrain, in 1982. He and I produced MicroConcord in 1993 for Oxford University Press. I had known him for about 30 years as a colleague and friend as well as co-author. Tim will be missed by lots of colleagues and ex-students. He was a very clever and knowledgeable man and he did things his own way.